You can find on this page the Vancouver streets map to print and to download in PDF. The Vancouver roads map presents the road network, main roads, routes and motorways of Vancouver in British Columbia - Canada.
The streets on the grid run north-south and the avenues are east-west. With the main exception being areas that include large parks, hills and natural diversions (see Vancouver streets map). 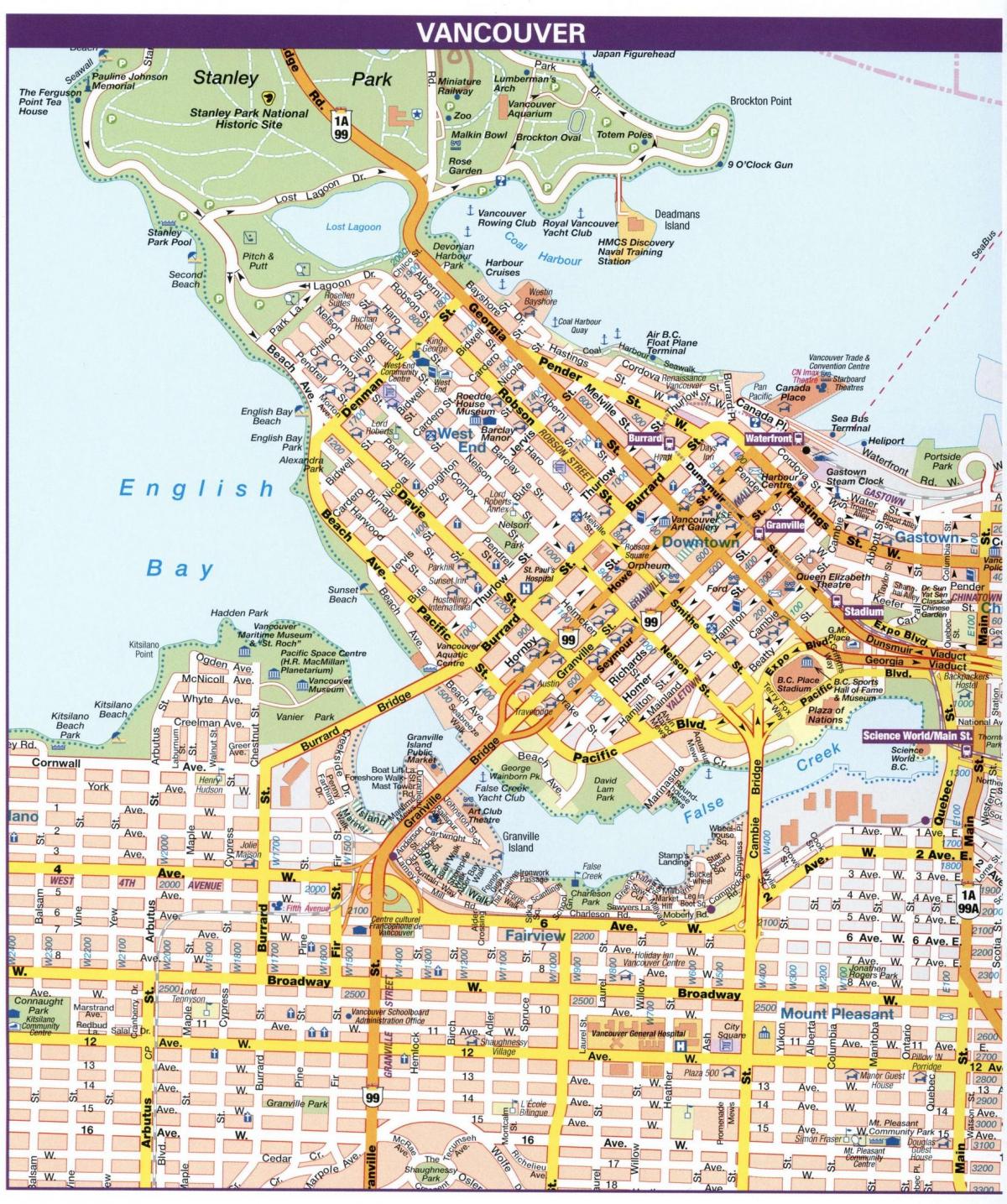 The streets in Vancouver generally form a standard grid, with most streets running north and south, and most avenues running east and west as you can see in Vancouver streets map. The majority of avenues are numbered (1st, 2nd, 3rd, and so on) with two notable exceptions: Broadway, which replaces 9th Avenue, and King Edward Avenue, which replaces 25th. All streets are named. Block numbers start with single digits on either side of Ontario Street, which is the east/west separator for avenues. For example, West Broadway runs to the west of Ontario Street, and East Broadway runs to the east. North of False Creek, the east/west separator for block numbers is Carrall Street.

An address on the block immediately to the west of Ontario Street will be between 0 and 99; an address on the next block will be between 100 and 199, etc. Odd numbers are on the north or west side of the street; even building numbers are on the south or east side of the street as its shown in Vancouver streets map. The block numbering north south starts at Triumph Street, which is on the City east side, and almost at the City northern edge. Since virtually all of the streets are south of that, only a handful of addresses need to add the word 'North', as in North Nanaimo Street. All the rest just give the road's name; 'south' is assumed. In many grid-style cities the block numbers correspond with the numbered roadways, but not in Vancouver. First Avenue is 16 blocks south of Triumph Street, so, for instance, the 5500-block of Knight Street, is at 39th Avenue.

The avenues, for the most part, are numbered, 1st through to 77th, with two major avenues breaking that pattern: Broadway, which should be 9th Avenue, and King Edward Avenue, which should be 25th Avenue as its mentioned in Vancouver streets map. All the streets are named, as are all the roads in the downtown core. For historical reasons, the centre-line for block numbering east-west starts in the single digits on either side of Ontario Street, which is two blocks west of Main Street. Addresses east of Ontario are referred to as East Broadway or East 23rd Avenue, etc. Those to the west are West Broadway or West 23rd Avenue etc. As with other grid-style cities, each block consists of a possible 100 building addresses. 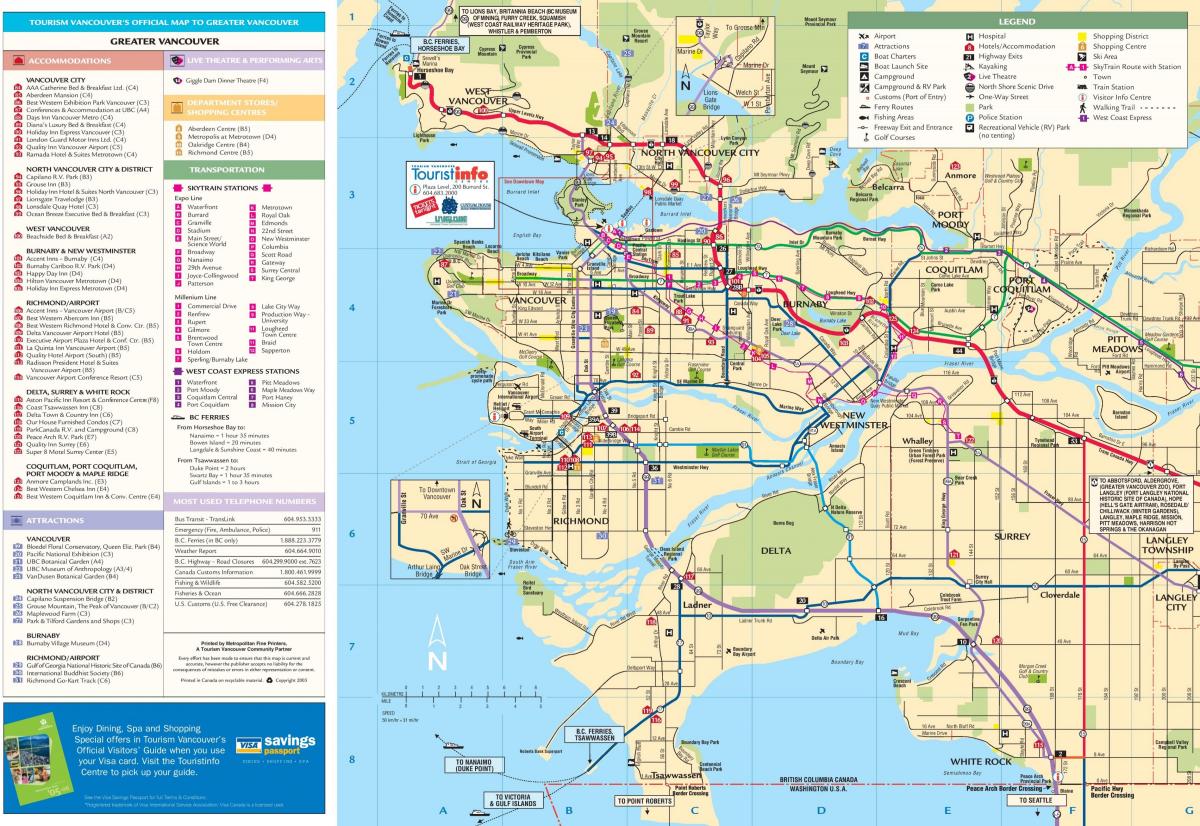 With over 660 kilometres of paved roads, 40 bridges, 63 sets of stairs, curbing, sidewalks, and guardrails, caring for the District infrastructure requires a significant commitment of time and resources as its shown in Vancouver roads map. Like you, we’re passionate about exploring BC. From Mile Zero of the Trans Canada Highway on southern Vancouver Island to Mile Zero of the Alaska Highway in BC northeast—and everywhere in between—the maps below will help you chart a course for your western Canada road trip.

Road construction can create frustrating travel delays. Unfortunately, many road works can only be done during periods of guaranteed good weather. That means summer is road construction season. Traffic control people (flag persons) working at construction sites are there to make certain everyone gets by safely. It can be a dangerous job, so please respect the cone zone. Slow down, move over for roadside workers. Failing to adjust your speed or failing to move over can result in a $173 ticket and three penalty points as its mentioned in Vancouver roads map.