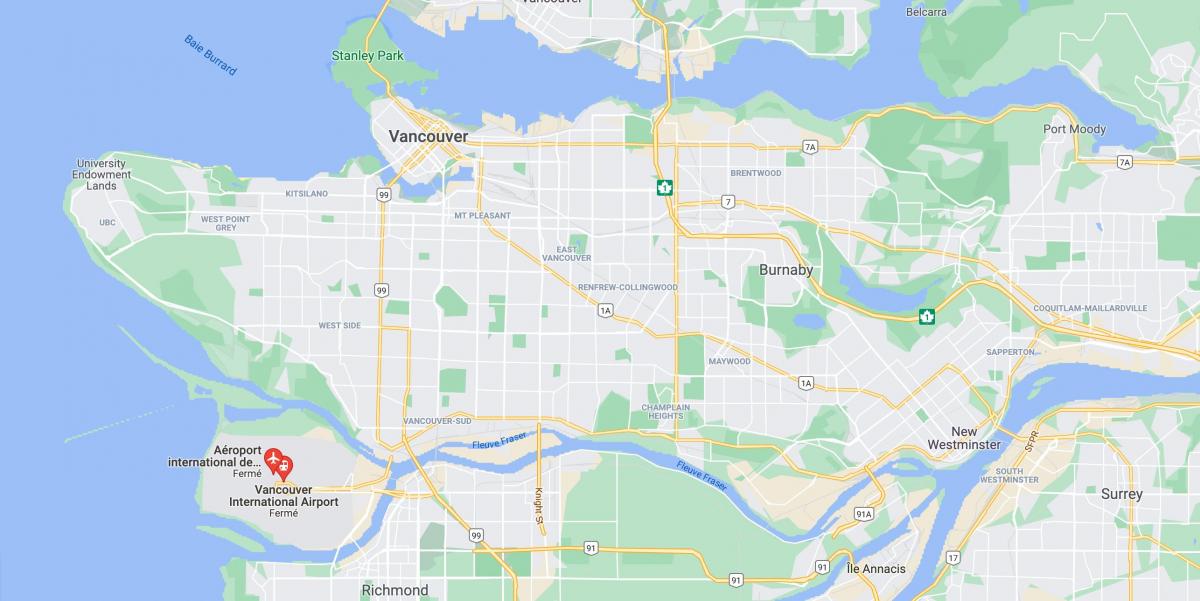 The Boundary Bay Airport is located in Delta and quite near to Surrey as you can see in Vancouver airports map. With two-runways and an air-traffic control tower, this beautiful airport is merely 30 minutes from downtown Vancouver and the United States Border crossing. It is one of the busiest airports in Canada that experience over 2 lakh landings and takeoff every year. Boundary Bay Airport also features numerous general aviation operations including flight training schools and clubs. The Heritage Hangar at this airport is a vast structure of heavy timber frame and bow-arched structure, reminding the Second World War era. Vancouver Harbour Flight Center is the most preferred airport by business and leisure travelers due to its proximity to the Vancouver business district, convention center, hotels & restaurants, and shopping centers. It is one of the most dynamic airports in Vancouver Canada as its facilities were designed by aviation experts, featuring numerous innovative designs including environmentally-friendly floating docks and glass elevators. This airport was also awarded for hospitality interiors in the year 2013 and is one of the best-designed float plane terminals in the world.

Pitt Meadows Regional Airport is a Canadian general aviation airport, located in the southwest corner of Pitt Meadows as its shown in Vancouver airports map. In the early 70s, this airport used to be the busiest one in Canada with over 25 thousand aircraft movements every year. Currently, it is the 17th busiest airport in Canada that experiences over 1 lakh aircrafts movements annually. This airport is also home to five flight training schools and the runway extends from 4,700 to 5,000 ft. Pitt Meadows Airport also has a separate float plane dock. The inception of Abbotsford International Airport dates back to the year 1940 when the Royal Canadian Air Force purchased land to construct this airport. Abbotsford International Airport is the second largest airport after Vancouver International Airport in the Lower Mainland. Located nearly 40 kilometers from Surrey city, this airport offers domestic scheduled services and seasonal international services. This airport features a longstanding aviation community along with an established aerospace community such as Cascade Aerospace, and the Conair Group.

Apart from boarding and deboarding facilities, Vancouver airports purveys a dynamic experience to its visitors where one can enjoy amazing food, shopping, training, and numerous other enthralling experiences as its mentioned in Vancouver airports map. The wide network of these airports provides safe and comfortable connectivity to the travelers exploring the country. Airports in Vancouver welcome travelers from across the world with its gratifying hospitality and dynamic experience. Whether taking an international flight or hopping within the countries, these airports are the backbone of this megalopolis, ensuring safe flights and journeys to the tourists from across the world. 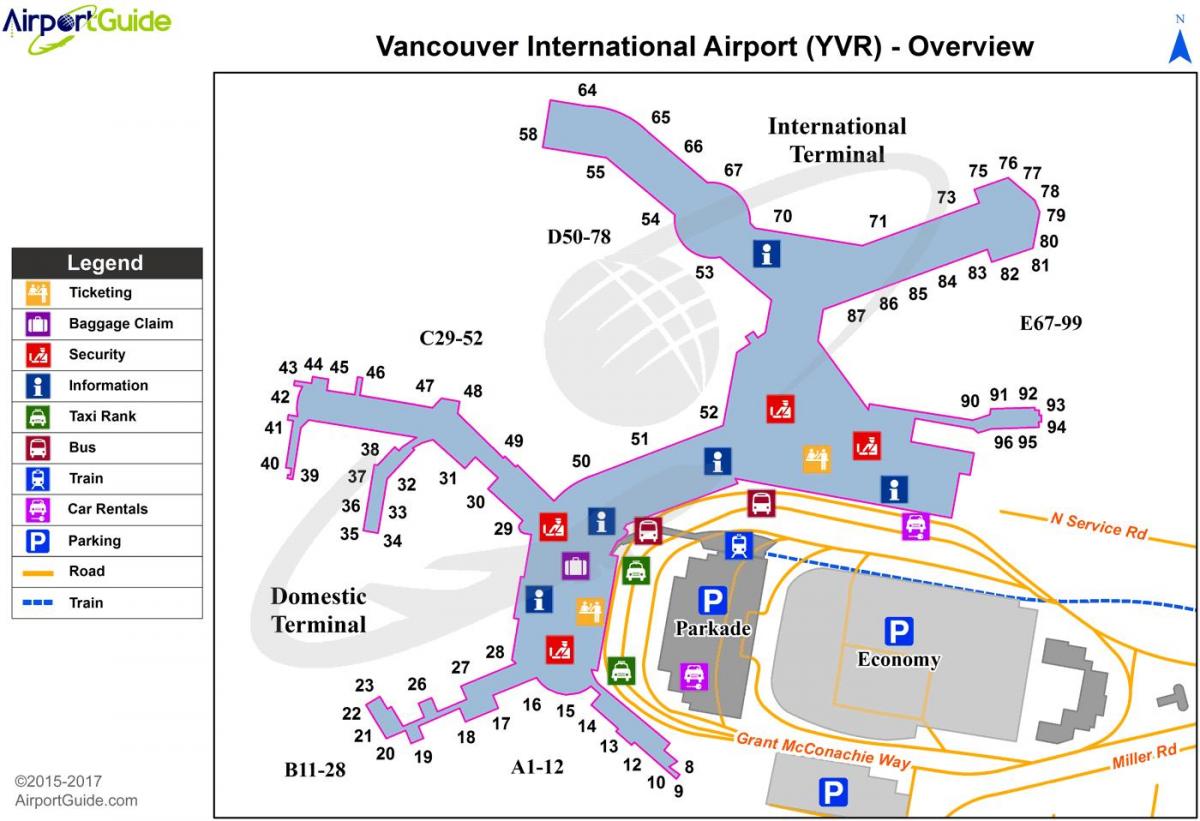 Vancouver International Airport (IATA: YVR, ICAO: CYVR) is located on Sea Island in Richmond, British Columbia, Canada, about 12 km (7.5 mi) from Downtown Vancouver as you can see in Vancouver international airport map. In 2011 it was the second busiest airport in Canada by aircraft movements (296,942) and passengers (17.0 million), behind Toronto Pearson International Airport, with non-stop flights daily to Asia, Europe, Oceania, the United States, and Mexico, and other airports within Canada. The airport has won several notable international best airport awards; it won the Skytrax Best North American Airport award in 2010, 2011, and 2012 the second, third and fourth time respectively it has received the honour (the first was in 2007).

Vancouver international airport reputation as a premier gateway airport between Asia and North America was made evident during Operation Yellow Ribbon on September 11, 2001 as its mentioned in Vancouver international airport map. With U.S. airspace closed as a result of the terrorist attacks on New York and Washington, there was no choice for Vancouver International Airport but to take part in the operation since it was the only major Canadian airport on the West Coast of Canada that has the capability of handling large aircraft for trans-Pacific flights. Vancouver international airport handled 34 flights—third highest total of flight that landed at a Canadian airport involved in the operation, behind Halifax and Gander—carrying 8,500 passengers—more passengers than any other Canadian airport—from Asia to destinations on the United States West Coast and points beyond. The airport won the 2001 Airport Management Award from the B.C. Aviation Council and was cited for overcoming many challenges in a professional and compassionate way.